Where Are They Now?

​BLAZE ALUMNI ARE MUCH MORE THAN ATHLETES- THEY ARE SCHOLARS. EACH ONE OF THESE FORMER ATHLETES MADE UP THEIR MINDS VERY EARLY THAT THEY WOULD CONTINUE THEIR ACADEMIC AND ATHLETIC CAREERS AT THE NEXT LEVEL.

WE ARE SO PROUD OF EACH AND EVERY ONE OF THEM.

Here is a list of our Blaze Alumni and where they've gone.
** Those who compete in college will be noted By division Affiliation. 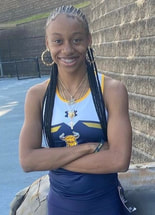 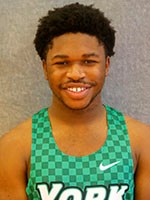 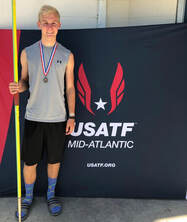 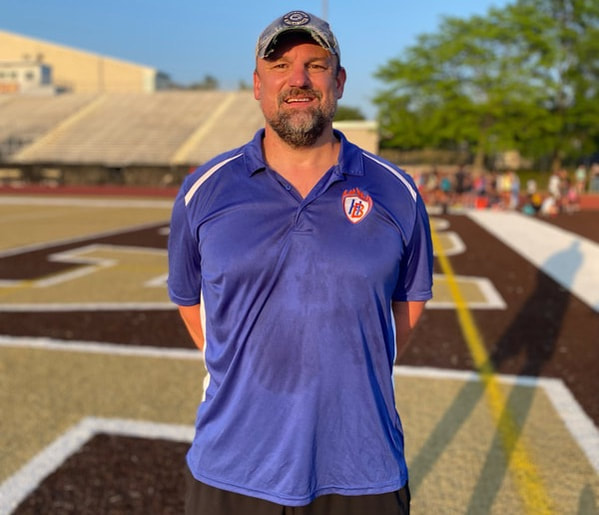 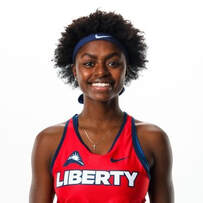 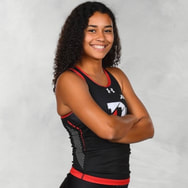 Maliyah Paynter- Hershey High School
Davidson College- Division I
Maliyah was the first athlete of HBTC when the club officially formed in 2013. While she enjoyed competing as an individual athlete for 2 years prior to 2013, Maliyah desired to share her experience with her friends and neighbors. She has remained a leader in the club and inspiration to many. She is a USATF two-time National Champion as a member of Blaze. Maliyah also was a member of the 4 year undefeated Hershey High School girls Track & Field team and member several school record holding relays. 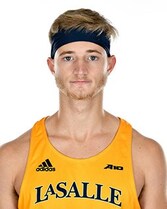 Ben Wolfe- Palmyra High School
LaSalle University - Division I
Ben joined HBTC while a member of the Palmyra High School track & field team. With his amazing leaping abilities, Ben found himself competing at the highest levels locally and moving onto national meets as well. Ben has surely made a name for himself as one of the best jumpers around. 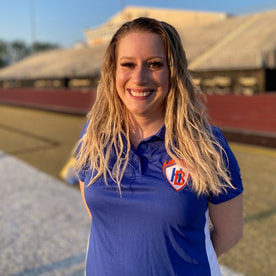 Mark Suminski- Hershey High School
United States Naval Academy- Division I
Big Mark as some kids call him is simply the best. Mark is one of the most successful javelin thrower in Hershey High School history. He's been a district and state medalist as well. Mark brought his talent to HBTC and even chose to broaden his horizons as a decathlete who went on to qualify for the National Junior Olympics twice. 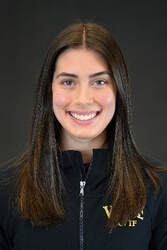 Camryn Simpson- Palmyra High School
University of Pittsburgh- Division I
Camryn has competed in youth track and field since she was 9 and as a member of the club since our inception. She has paved the way for many of our younger athletes and competed at the highest level. Camryn has earned USATF All America honors more than a dozen times in both the Long and Triple Jump. She also has been one of the most successful track & field champions in Lebanon County History.

Andrea Demko- Hershey High School
Grand Canyon University- Division I(transfer from The Pennsylvania State University)
Andie competed for a few seasons with HBTC early in her career and returned later to become a member of our first ever Indoor National Champion 4x800 relay. Andie has also earned district and state medals in the mile, 2 mile, 4x800 as well as in Cross Country. 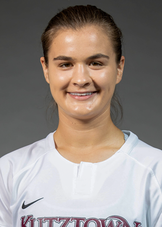 Lauren Epler- Hershey High School
Kutztown University- Division II
Soccer
Lauren competed as a member of HBTC for a few seasons earning several regional and national awards in the 200m, 400m and relays. She currently holds Hershey Blaze all time team record in the 400m dash for high school women.  Lauren is continue her success on the soccer field at Kutztown University. 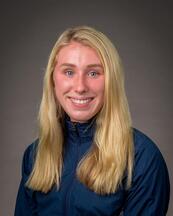 Taylor Givens- State College High School
Penn State University- Division I
While Taylor spend much of her childhood a member of her local club team, she developed a friendship with Blaze athletes and became family. She was a standout athlete dominating throughout the state in sprinting and jumping events. Taylor has been without a doubt one of the most amazing young women to watch with her leaping abilities and explosive speed.

Abby Shapiro- Hershey High School
Bucknell University Division I
Abby joined Blaze originally as a sprinter and long jumper. But Abby was longing for a new adventure and turned to pole vaulting. Since switching to events, Abby went on to set Hershey High School records week after week throughout her high school career. 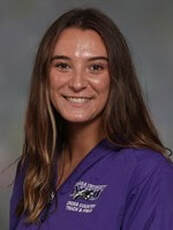 Hannah Brenkacs- Trinity High School
Niagara University Division I
Hannah was a standout sprinter at Trinity High School where she medaled multiple times in the District III and State AA division over the course of her high school career. 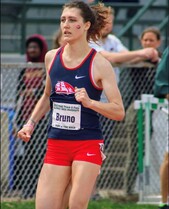 Rachel Bruno- Mechanicsburg Area High School
Shippensburg University- Division II
Rachel competed with HBTC for 2 indoor seasons and medaled in the 4x400 and 4x200 high school girls age group. Along with her siblings Joseph and Amanda, the Bruno siblings made a name for themselves as part youth track and field stars in the former Hershey Youth Track & Field Program with Mechanicsburg Rec Dept. on the west shore. 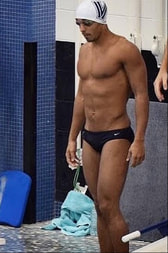 Christopher Paynter- Hershey High School
Villanova University- Division I
Swimming
Chris was our first ever USATF National Qualifier in the long jump at age 7  which initially inspired the founding of the club. Chris, however, began to excel as an All American Swimmer and club plans were suspended. He later became a coach for our younger athletes when HBTC formed in 2013. Christopher currently is a member of the Villanova University Swim team and an 8 Time All Big East Conference selection. He is a co-holder of the men's 200 Freestyle record set in 2018